The Write Ref node overwrites the Reference with a reference to the input Target when an impulse is received at Write.

When spawned from the node browser, the Target input has a general IWorldElement datatype. It is recommended to overload the node to the required datatype by first connecting the Reference output to the target field before connecting an input to Target. This is because any reference type can be cast to IWorldElement which is not, generally, the datatype of the intendend target field.

Changing the value of a Component field etc. via a Write Ref node results in a datamodel change which will then be synchronised to other users in the session. Note that changes are only synchronised at the end of every update so, if multiple writes to the same target are performed by a single client within an update, only the final value will be sent. Additionally, no changes will be broadcast if the value is reset to the value it held at the beginning of an update. Due to this synchronisation process, to avoid unnecessary network traffic it is inadvisable to write to a target very regularly (e.g. every update) unless absolutely necessary . Source. 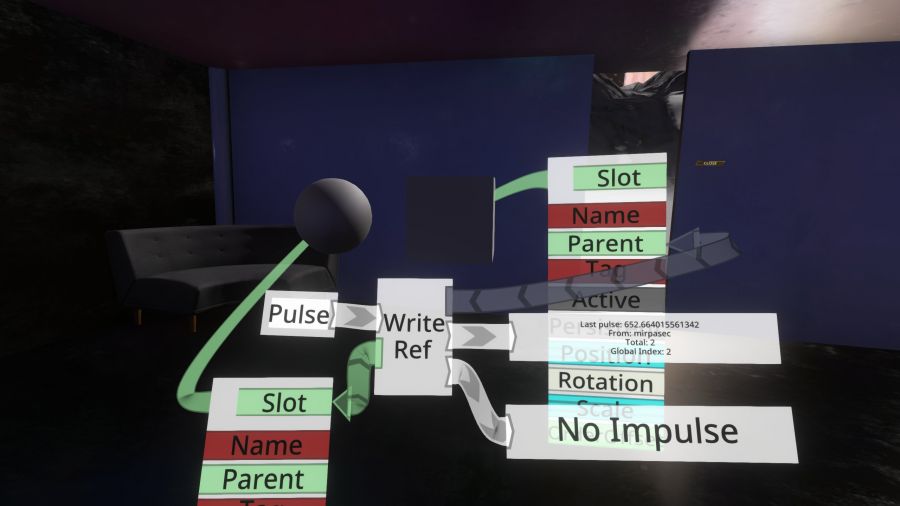